A downloadable game for Windows

Note: The code name for this project was Zombie Crow 3D. If you are looking for that project, this is it. It is now called Brimstone.

Brimstone is a first person, fast paced 3D hack and slasher game, developed by a passionate indie game development team. It is inspired by old school retro first person games such as Doom and Shadow Warrior.

You're stuck in a pit in hell, and you can't get out. You're surrounded by sinners, demons, and a myriad of hellish creatures, and they aren't just there for company. They want to devour your soul, and then do worse things to it.

You obviously aren't unarmed. You're equipped with a powerful sword, and since you're stuck, you've got all day to kill. This game is pretty bloody, and definitely not for the lighthearted. Increased satisfaction with a killing spree system, and grenades.

[Not added yet] You will be able to select from a ludicrous but exciting range of weapons to defend yourself and bash your enemies, from a tennis racket, a toy seagull to powerful weapons like a katana or even the buster blade.

[Not added yet] This is a definitely planned feature, as this game was designed for multiplayer. And who doesn't like playing games with friends?

Variety of enemies to kill:

There is a planned list of hellspawn to add in. They will be challenging and very satisfying to kill. So far there are sinner's, that are weak but strong in numbers, demons that take time to kill and can shoot fireballs, and wandering soul's, that explode if you touch them.


NOTE: Brimstone is still in Alpha stage, and uncompleted. It is under heavy testing and constant development.

Made in the Unity 3D engine.

A game by Plectrum Software

Simply unzip file, and run the .exe file. You can select game resolution and such, as its made in Unity. No real set up or anything, just double click and play

Just a sandbox. Didn't really like the models, textures and fonts, but eh, you could play it with friends! 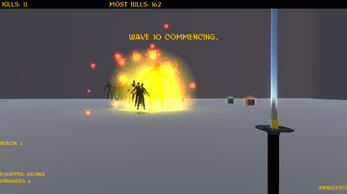 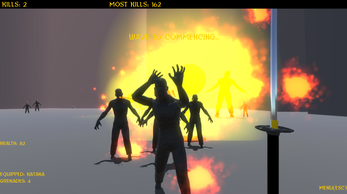 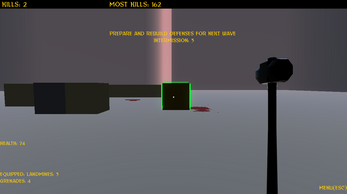 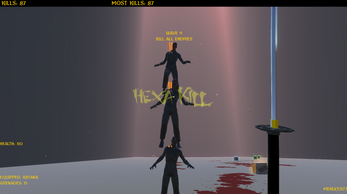